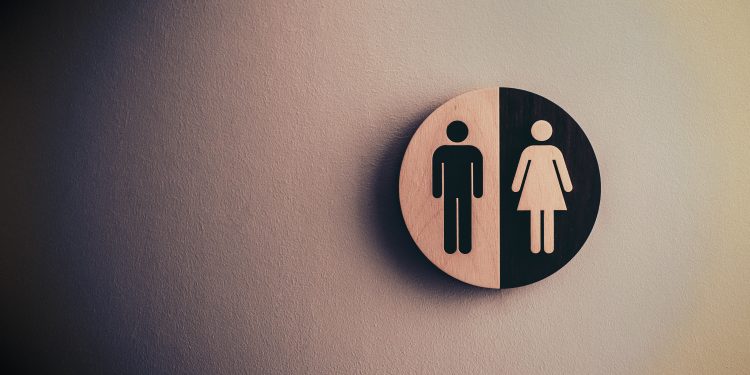 We are witnessing increasingly bold attempts to transform the educational system in the spirit of gender ideology. An example of that is the recent UN Education Summit. The event focused on the concept of gender transformative education, i.e. shaping education based on views according to which gender is only a social construct. The organisers went so far as to separate the social aspects of sexuality from biological reality, and even completely rejected the dichotomy between women and men. It was also emphasised that the implementation of gender transformative education should involve children as young as 2.

The declared goal of the Summit – solving the post-pandemic crisis

According to the declarations, the convening of the New York event by the UN Secretary General was to be an opportunity to elevate education to the top of the global political agenda and mobilise ambition and solidarity actions to make up for the losses in education related to the COVID-19 pandemic. The main topic of the conference was to be the global crisis in education and emphasising that “education is a human right, the basis of peace, tolerance and sustainable development”[3].

The UN Secretary-General called on the world’s governments to develop stricter policies to achieve a better and more sustainable future for all by 2030. He further stredssed that the introduction of such a policy is essential to protect rights, promote integration, prevent and deal with all forms of violence, stigmatisation, discrimination and exclusion[4].

During the preparations for the Summit, the following thematic areas were identified, which are to require special attention and action on a global scale:

In addition to legitimate topics, the Summit also covered issues related to the dissemination of gender ideology and activities to promote the “values” of the LGBT movement. During the event, there were also references to comprehensive sexuality education (CSE), i.e. a teaching model that promotes controversial, ideologised content. CSE presents a vulgarised approach to human sexuality based on gender theory. According to its assumptions, the norms regarding femininity and masculinity are completely artificial social constructs, shaped throughout history as a result of male domination. The subject of comprehensive sexuality education was elaborated in more detail in a separate opinion of the Institute[6].

During the Summit, the issue of gender transformative education was raised many times, which can be presented as sex education in isolation from gender, completely rejecting the dichotomy between women and men. This concept is an attempt to break down sexuality as – on the one hand – internal, elusive, and completely subjective, and on the other – as a biological reality. It is a complete negation of the natural differences between the sexes, accepted patterns, and social values. Gender transformative education has also been depicted as a fight against alleged manifestations of stereotypes based on gender or sexual orientation[7].

On 16 September, during “Breakout Session 2: Gender transformative education”, one of the participants, Yona Nestel from Plan International, pointed out that CSE education should start at the youngest possible age, even 2 years old, in order to develop ideological education for children which is made impossible in the binary system[8]. In addition, Yona Nestel directly pointed out that gender is a social construct and is learned, which is why it is so important to introduce gender-transformative education in children as early as possible[9].

The following day, the Summit Session was held under the theme “Gender Transformative Education – From Rhetoric to Action”. During the discussion, religious organisations were directly pointed out as the most important opponents of the postulated changes and the need to undermine religion in society. During the panel, it was emphasised, among others, that development will not be possible if religious organisations continue to play an important role in society. In the context of education, the issue of the ban on abortion was also raised, which allegedly forces young people to become parents, despite the fact that they are not ready for it[10]. Interestingly, despite numerous voices regarding the extension of sex education to include other “non-heteronormative” issues, the issue of the responsibility of both young people for their actions was completely omitted. Meanwhile, it is this topic, raised during sex education classes, that could effectively reduce the problem of “becoming parents” by young, immature people.

In turn, during the panel titled “Setting the Scene panel discussion: Towards Education Transformation”, which took place on 19 September, Winnie Byanyima, Executive Director of UNAIDS (the Joint United Nations Program to Combat HIV and AIDS), called for CSE to be introduced globally, in every school, despite the controversy it raises[11] .

A complete reform of the education system

Gender transformative education, as indicated, completely negates the differences between the sexes and the social patterns and values ​​adopted so far. Ultimately, this type of education tends to completely deny not only the existence of differences between the sexes, but the existence of gender in general. The key novelty, however, is the fact that this type of education is not limited to sex education classes. Gender transformative education is a comprehensive plan for a revolution in the education system in all its fields, from the curriculum (e.g. even the most vulgar type C sex education programs are negatively assessed as too “heteronormative”[12]) to the technicalities of school functioning (e.g. the wearing of school uniforms adapted to the “perceived gender identity”[13], the elimination of “identity-restricting” separate toilets for boys and girls[14], but also the emphasis on increasing the number of female teachers and entrusting them with management positions[15]).

Ideologists associated with gender transformative education are well aware, and even emphasise it in their materials, that education can be a driving force for social change. Using this, they want to introduce changes in their view that are “positive” and introduce “gender justice”[16].

It is worth noting that the graphic layer of publications promoting gender transformative education subconsciously suggests that these “social changes” and “gender justice” are to be read in the context of eliminating inequalities between women and men in African or Arab countries. These publications include information on girls who are denied the right to education solely on the basis of their gender[17].

However, apart from the graphic layer of the publication, its content no longer allows for referring only to obvious cases of gender discrimination and social injustices related to it. The postulates contained in the idea of ​​gender transformative education go much further and directly refer to the “struggle for power” between the sexes (at the same time trying to deny the existence of biological sex as such).

The postulates presented at the recent UN Education Summit to introduce a globally unified education program, especially in the field of comprehensive sexuality education and gender transformative education, i.e. sex education with a left-liberal background, assume the complete removal of decision-making abilities from states, violation of their sovereignty and the right to self-determination, and thus, the possibility of implementing educational policy in accordance with their national identity. The differences of individual countries, their tradition, culture and religion have been shown as the main obstacles on the way to the introduction of sex education and as reasons for inhibiting the development of these countries. What is particularly disturbing is the fact that the proposed models of teaching sex education completely ignore the issue of families’ freedom to raise their own children in accordance with the values ​​they adopt. The postulates proposed during the Summit are worrying, as they are detrimental to the well-being of children and families.

Appropriate steps should therefore be taken today to stop the implementation of such ideological solutions. Strong opposition on the international arena is necessary – but also from international organisations, Polish representatives in the European Union and the Polish government. The key, however, is social resistance, understood both as a single objection from parents (who will refuse their child’s participation in such activities) and a mass protest, e.g. in the form of signatures on a petition.