Tristan Azbej: The Hungary Helps Program is our national mission 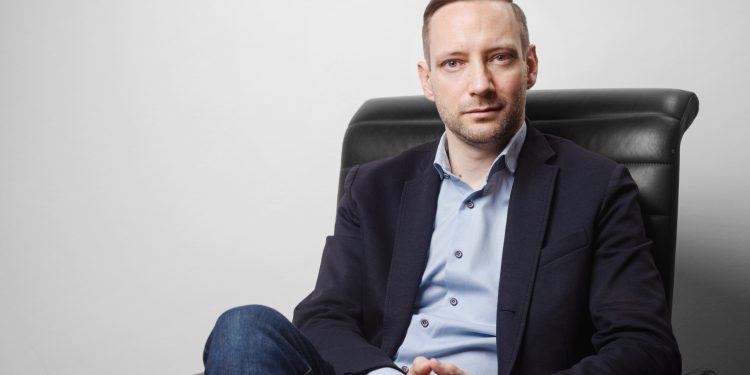 In 2017, the Hungarian government launched the Hungary Helps Program, which provides aid to persecuted Christian communities in the Middle East and Africa. At the end of the year 2022, State Secretary for the Aid of Persecuted Christians and for the Hungary Helps Program, Tristan Azbej talked to Hungarian Vasarnap.hu about the last year's projects and events in the field of Christian persecution.

After the reelection of the Hungarian Fidesz-KDNP government in April 2022, the State Secretariat was attached to the Ministry of Foreign Affairs. According to Azbej, with this change, the program became more integrated into Hungarian diplomacy and persecuted Christians got more comprehensive attention.

He also talked about how, unfortunately, Christian persecution is increasing worldwide. Thus, in the last years, Hungary had to widen its aid to more countries.

“In the Middle East, for example, we experienced that in the last two years, with the breakdown of the Islamic State, Christian persecution nearly completely ceased. However, the number of Christians in the Holy Land has drastically decreased. In 2022, our main objective was to preserve and strengthen Christianity in the Middle East.”

He mentioned some data about the Christian population in the abovementioned area to prove his point.

“Twenty years ago, in Syria, there were 2.3 million Christians. According to the most optimistic surveys, they are no more than 800 thousand. In Iraq, the situation is even worse. While in 2004, there were 1.5 million Christians in the country, until this year, this number decreased to 200 thousand. Now, the most important issue is maintaining Christianity in the Holy Land,” – the State Secretary said.

In the interview, Tristan Azbej also mentioned President Katalin Novák’s visit to Iraq. With the presidential delegation, Azbej visited the local Christian communities. He said he had been happy to see the Hungarian aid being used for a good purpose. 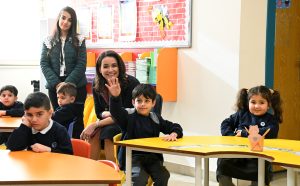 Another important event of this year was the restoration of diplomatic relations between Hungary and Armenia. The State Secretary told Vasarnap.hu that Hungary Helps Program had a crucial role in restoring the good relationship between the two nations.

“These examples show that Hungary had the intention to restore good relations with Armenia, which finally happened in December 2022,”

adding that as a Hungarian with Armenian roots, this reconciliation is especially important for him. 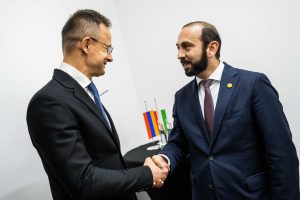 In the interview, Azbej also highlighted the importance of calling the Western world’s attention to Christian persecution. In December, he met the President of the European Commission, Ursula von der Leyen, to discuss this topic. According to the State Secretary, the European Union provides large amounts of humanitarian service, but it is a difficult task to convince European leaders to support Churches and religion-based aid services.

He says that many of them adopted a liberal attitude and they try to keep their distance from the churches.

“For some reason, they believe that supporting churches is politically incorrect. We are making efforts to convince them that based on humanitarian principles, it is the churches and charity organisations that help those who are the most in need”, he explains.

Finally, he admitted that Christian persecution is a constantly growing problem worldwide. He promised that through Hungary Helps Program, they are doing their best to reduce the number of persecuted Christians as much as possible.

“As a first step”, he said, “we want to make the world admit the gravity of Christian persecution and present the Hungarian example, which is indeed efficient; we have already contributed to the saving or aiding of the lives of nearly one million people.