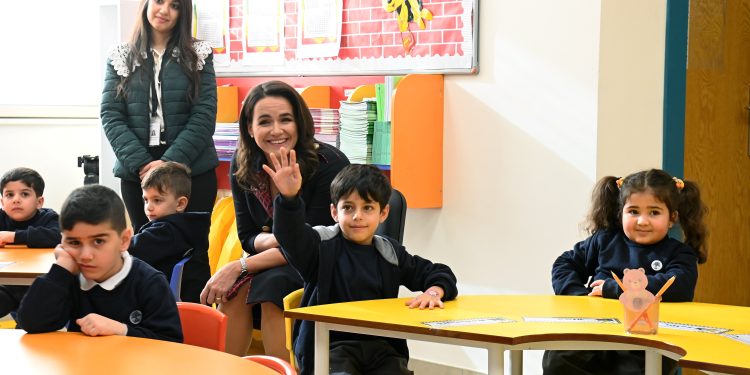 Katalin Novák, the President of Hungary, went to Erbil in Iraq last week to inaugurate the Metho International School, which was constructed with Hungarian help.

In her speech at the opening ceremony, she said, “We Hungarians are people of action. That is why we are here to support you and your community.”

The school was renovated with Hungarian support through the Hungary Helps Programme. The Hungarian government aims to help persecuted Christian communities to stay in their home country and decrease the number of immigrants in Europe.

“Even though Hungary is quite a small country – with ten million inhabitants -, and we are not a rich or influential country, we want to help and we are there for those who need us,”  Katalin Novák said in her speech

The Hungarian president also highlighted that Hungary cares about persecuted Christians worldwide as a Christian country. According to her, Christian persecution is a huge problem that cannot be ignored.

She also said that when the Hungary Helps Program was launched, “we wanted to support local Christian communities: we help found schools and kindergartens or to renovate cemeteries and churches. We believe the problems must be solved in situ, and we should not force people to leave their homes”.

Masrour Barzani, Prime Minister of the autonomous region of Kurdistan, expressed his gratitude for the Hungarian help. According to him, the school helps future generations “combat the pressing problems of today and tomorrow.”