An American pro-lifer is being persecuted by the FBI 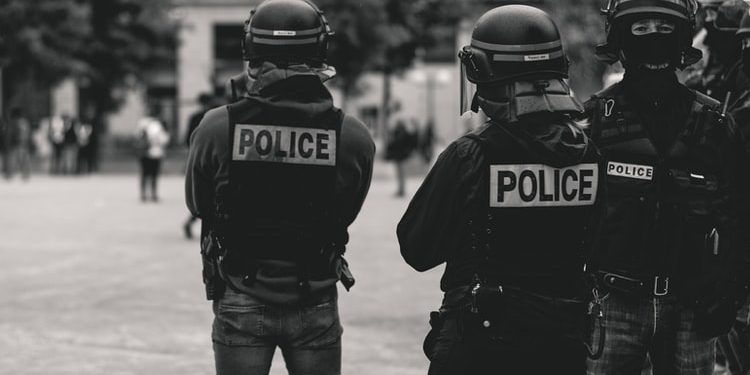 After his release, a Catholic pro-life activist and father of seven appeared at the Men's March to Abort Abortion in Boston. He assured that he and his family put their hope in God and did not intend to capitulate in the fight for the recognition of the value of human life.

Mark Houck, who was captured like a terrorist by 20 FBI agents in tactical weapons, was the keynote speaker on the march. As he said, the sisters from the Missionaries of Charity in Calcutta placed a photo of his family at the tomb of Mother Teresa and prayed for them.

Persecuted by the government of “Catholic” Joe Biden, the activist confessed that he and his family put their trust in God. – First of all, let’s not be afraid. What is happening to me is a good thing. Thanks to this, we can know that we are in the embrace of God’s holy will. Amen? He said.

– When they come for you and persecute you, you know that you are embraced by God’s will. My wife and my children, my seven children, have great trust in the Lord. So don’t be afraid. Stand on the precipice. And that’s where you are called to be men, he added.

Houck stressed the importance of the prayers of life defenders around the world as a great support to his family. They also get signals that their example is an encouragement to others. A man came to Mark who said he was “a bad Catholic”, but seeing their testimony of faith, “returns to the Church.”

– We’ll keep our course. We will fight for a good cause. We will continue to run in this race, the man assured.

Mark Houck was arrested by the FBI on the orders of the Justice Department, which charged him with up to 11 years in prison. The community fundraiser for the lawsuit has already raised over $ 380,000 for Mark and his family.