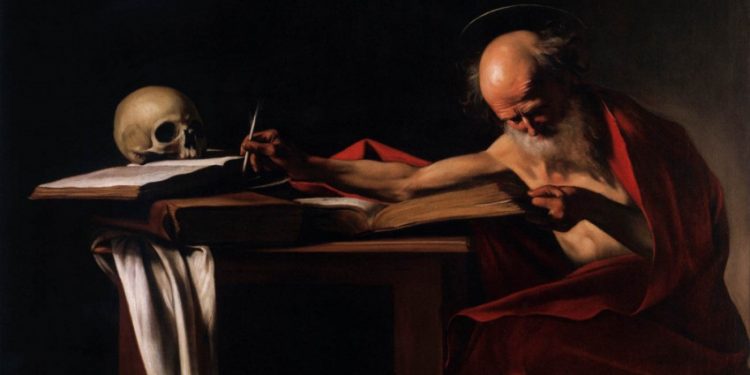 Today, on the 30th of September, we celebrate Saint Jerome, the Patron Saint of translators.

Jerome translated the Bible into Latin, commented on it in his works, and strove to live it in practice throughout his long earthly life, despite the well-known difficult, hot-tempered character with which nature had endowed him.

On his memory day, Catholic News Agency shared the thoughts of a Catholic linguist, according to whom there is no modern bible-translation, that would be better than Saint Jerome’s Vulgate.

“I don’t know any other translation, either ancient or modern, so good as the Vulgate,” Christophe Rico, a Catholic linguist living and working in Jerusalem, told CNA.

Rico, a Frenchman, is a professor of ancient Greek and dean at the Polis Institute in Jerusalem, which teaches a variety of ancient languages. Working with the Polis Institute, Rico produces books to help students learn to speak and read Latin and Greek — with the goal, in part, of allowing those who wish to read the original Latin Vulgate to do so.

An expert teacher in Greek and Latin, Rico says that despite the more than 1,600 years that have elapsed since its completion, Jerome’s translation of the Bible — while not perfect, as no translation is — has proven to be amazingly accurate and very valuable for the Church.

“If you have a doubt about the soundness of a modern translation, go to the Vulgate; especially for the New Testament,” he advised, adding that the Old Testament translation in the Vulgate also is “excellent.”