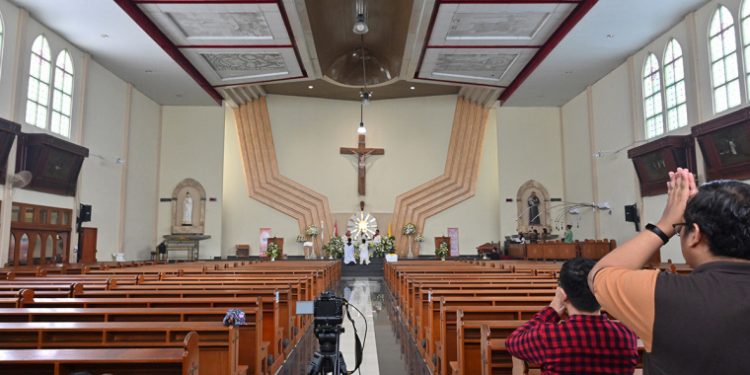 The day after the Palm Sunday suicide bombing of the Sacred Heart of Jesus Cathedral on the island of Sulawesi, Catholic News Agency interviewed Cardinal Ignatius Suharyo Hardjoatmodjo, Archbishop of Jakarta.

In the interview, he said that the attack on the first day of Holy Week “shocked everybody in Indonesia, not only Catholics,” noting that “leaders of all religious communities … condemned the brutal violence.”

“After the suicide bomb, the government has assured us Catholics, and Christians in general, that Holy Week services can be carried out as planned – with a security guarantee from the government,” Cardinal Suharyo said.

“We all pray that we can celebrate this Holy Week peacefully and that all Indonesian – not only Catholics – experience the peace Jesus Christ brings us.”

“The suicide bombing is not only the concern of Catholics but also the concern of the entire nation and the Indonesian State,” Bishop Yuwono said in the statement published by Aid to the Church in Need.

“We strongly condemn the suicide bombing that disgraced human dignity, destroyed the values of humanity, and added to the long list of terrorism incidents in the nation that we love.”

The leader of the bishops’ inter-religious dialogue commission for the world’s most populous Muslim-majority nation prayed that the Lord would grant “peace and protection to all.”

“We hope that the incident will not harm or weaken the relationships which have so far been intensively built, maintained, and developed by religious followers,” the bishop said.

You can read the full article here.