The Christmas of Nigerian Christians 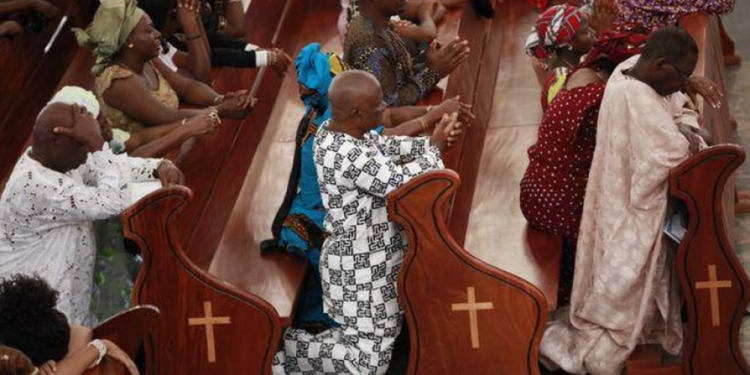 Emmanuel Ilodigwe has been serving as a Salesian missionary in Hungary since 2016. He is originally from Nigeria, but he speaks Hungarian fluently. At Christmas time, we asked him about Christmas traditions in his home country and how the members of different religions celebrate together in peace at this time. We were also curious if the consumer society has reached Nigeria and how it influences their celebrations. Finally, we also talked about the situation of persecuted Christians and their courage of going to church on Christmas day.

I visited Brother Emmanuel in the Salesian friary in Budapest, Hungary on a cold winter day. After he mentioned the cold weather, I asked him how he had gotten used to it. He admitted that it was very difficult at the beginning, but he is used to it now. Then he added, smiling:

“Even if I weren’t used to it, there would be nothing to do. God called me to serve him wherever my order sends me”.

This thought came back several times during our conversation when he emphasised that his main objective is serving God and His will.

He told me there is no significant difference between the Nigerian and Hungarian Christmas celebrations except for the weather. He highlighted that Christmas is primarily about Jesus and secondly about the family.

“In the village where I grew up, everybody comes together on Christmas day. Many people work and live abroad or in big cities, but they go home for Christmas. For me, this holiday is about family,” he said and added that in this aspect, the two countries (Nigeria and Hungary) are very similar.

“Here (in Hungary), I see that everything is closed on the 24th and the 25th of December. There are few people on the streets, and the people pay attention to allow everyone to spend these days with their beloved ones. And this is a good thing.”

He added that in Nigeria, on Christmas day, people traditionally host not just the family but anyone who visits them. On this day, they do not even close the doors of their homes, and anyone who wants can enter. Traditionally, children go from house to house and get small presents, sweets or candies.

He also said that people are generous at this time in both countries.

“In Nigeria, we always paid attention to helping those in need to have enough food for Christmas dinner. As I see, it also works in Hungarian families and communities.” 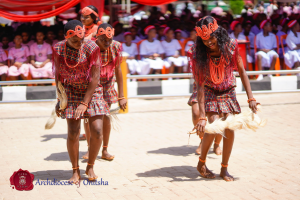 Nigerian Christmas is getting influenced by western habits

Asked about Christmas dinner, he told me they eat many seasonal fruits and traditional dishes. However, as many people work in western countries, more and more people begin to adopt Western traditions.

“There are people in Nigeria, who buy chocolate Santas or put up a Christmas tree, but most people follow their own traditions”.

He said one of his favourite traditions is that on Christmas day, the whole family get new Sunday clothes that they wear for Christmas Mass. Thus, people can recognise who belongs to the same family in the church. 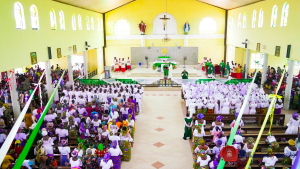 Brother admitted that, of course, commerce has a significant role at this time of the year. However, for him, there is nothing bad about it, but shopping and presents cannot replace the true essence of the holiday.

Persecuted Christians have the strongest faith

At the end of our conversation, we touched on a sad topic. Northern Nigeria is the most dangerous place for Christians because the Boko Haram terrorist organisation is committed to eradicating any western influence from the countries where they act. In their eyes, Christianity is part of this western influence. During the most important Christian festivities, they are especially active.

Brother Emmanuel admitted that this is a huge problem in the Northern part of the country but cautioned from associating terrorism with any religion. Moreover, he said that terrorists also target Muslims living in peace with Christians.

“Half of the population are Muslims, so we cannot say that Nigeria is a Christian country. But at Christmas time, Muslims, Christians and followers of tribal religion celebrate together.”

He added that in his eyes, Boko Haram’s motivations are unclear.

“They say that they are fighting against Western culture, but at the same time, they use western weapons. I believe they have another motivation, but I don’t know what it is.”

Growing up in the Southern part of the country, he considers himself lucky, as he has never had to experience any kind of terror attack. At the same time, he admitted that he sometimes feels that persecuted Christians have a greater and stronger faith in God.

“I believe that their faith is much stronger than mine. They are ready to give their life for God at any time. We should live as they do: entrust ourselves to him and live for his glory.”