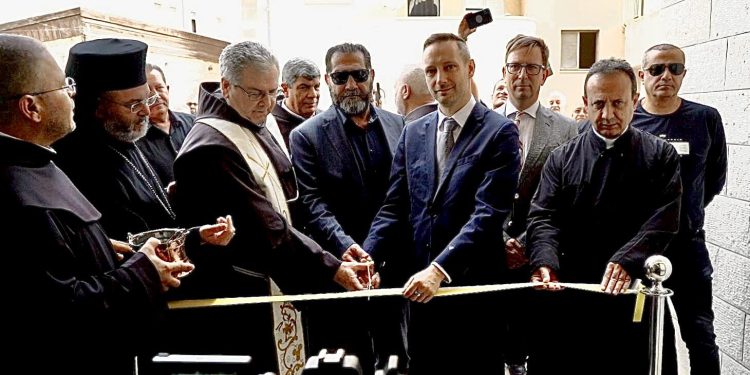 With his delegation, Tristan Azbej, State Secretary for the Aid of Persecuted Christians and the Hungary Helps Program, visited Christians in the Holy Land on the 21st of November.

After returning home, he was a guest on the morning program of the Hungarian M1 channel, where he told the interviewer that the visit had a dual purpose. The first objective was to visit the establishment supported by the Hungarian Government through the Hungary Helps Program. The second was to gather information on the situation of persecuted Christians in the Holy Land.

Out of his many duties, he highlighted their visit to the site of the wedding feast at Cana. In Cana, the delegation handed over the educational and pastoral centre of the Franciscan Custodia, which was built with Hungarian support. He explained that the establishment is important in maintaining peace between the local Christian and Muslim communities.

During their stay in the country, the Hungarian delegation witnessed a tragic event. On the 23rd of November, there were two bomb explosions in Jerusalem near where they were staying. In his Facebook post, the State Secretary reassured his followers that each delegation member was safe and sound and expressed sympathy for the victims’ families.