Possible mass grave with up to 9,000 bodies discovered near Mariupol 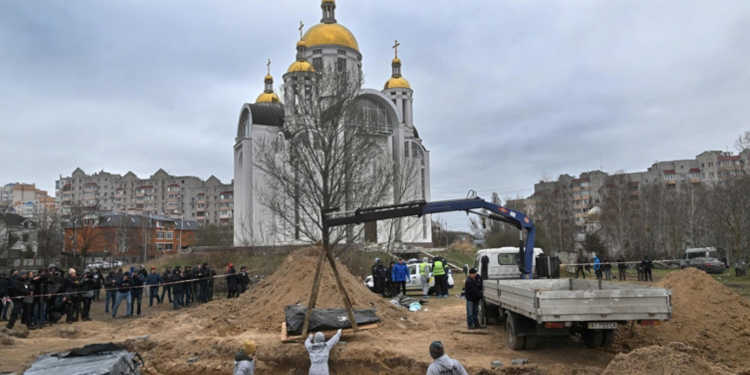 Satellite imagery has revealed what looks like a mass grave outside the port city of Mariupol in eastern Ukraine, which might be 20 times larger than another mass grave that was discovered earlier this month in Bucha and could contain as many as 9,000 bodies, according to officials from Mariupol, which has witnessed the worst fighting since Russia’s invasion.

The Mariupol City Council has posted satellite images on Telegram that point on the mass gravesite located just 12 miles west of Mariupol, which is now largely controlled by Russian troops along the northwestern edge of Manhush and is believed to contain as many as 9,000 bodies, NPR reported.

“The biggest war crime of the 21st century was committed in Mariupol. This is the new Babyn Yar. Then Hitler killed Jews, Roma and Slavs. And now Putin is destroying Ukrainians. He has already killed tens of thousands of civilians in Mariupol. And this requires a strong reaction from the entire civilized world. Anything needs to stop the genocide,” said Mayor Vadym Boychenko on Telegram.

Russian troops collected corpses from the streets of Mariupol, transported them to the nearby village of Manhush on trucks and secretly threw them into the mass grave in a field next to the settlement’s old cemetery, Boichenko added, according to The Guardian.