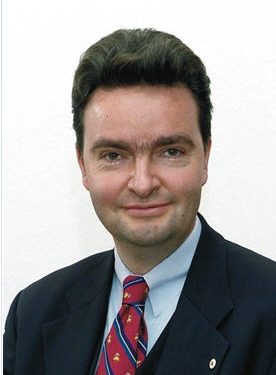 Mr Habsburg is a member of the international advisory board; he shared his thoughts on the HHP and on Christian Persecution.

The first, and maybe most crucial question Mr Habsburg, is why was the Hungary Helps Program (HHP) so important for you, and why did you decide to join the program?

When I first heard about the HHP, I found it very interesting, I felt there was something special about it, something that didn’t exist in any other country. It was addressing a crucial subject, especially now in present politics, when we see the international situation where Christians are suffering around the globe.

Now, I have and always had excellent relations with humanitarian organisations: The Red Cross obviously, but also Malteser International —they work around the globe. I got quite good intel from them about how bad their situation is, especially where they [Christians] are very persecuted. All this made me curious.

I believe that not only did you help convoke the board, but you were also a member of it?

Georg Habsburg: Yes, we would prefer to call it an international advisory body. And yes, I became a member when it was established.

You mentioned that the international advisory body helps the work of the HHP. Can you give us an example of how this works?

Georg Habsburg: I would say that when you see the members of this body, then you will understand what kind of help it delivers. There’s an expert who previously worked at the Red Cross Federation and has a vast international experience in international humanitarian aid. There are also representatives [from the field] of economics, company directors, the president of the bank association, an American expert. Now, we don’t meet too often, because obviously we don’t want to put a burden on the leadership, but when this board meets – as it did last December – we look into help programs, going through each project, discerning which one is the most important and what kind of advice we can give.

Effectively, when we work on a location, we figure out which organisation is working there that we know about and whom we can work with and how. When we have a smaller project that we support, we try to see how we can possibly make it bigger. When we gave aid at Lebanon – where that huge explosion was – [we investigated] in what way could we help in situ, with other organisations.

Were there any attempts – besides the Red Cross – to channel in other groups?

Georg Habsburg: The HHP co-operate with other organisations. The relationship with church organisations is very good. These church organisations often have good infrastructure on the ground, which we can use carrying out our programs. The HHP follows up on how the grants are being used; they can track precisely how the money was spent. This system was designed recently and works well. We can see how a grant was used and how it was beneficial. Obviously, the international advisory board work is more reactive; they get the information and try to respond to it. This is an absolute voluntarily organisation, and when we, or the members that are there get any questions, they try to respond and, in some way, help to the best of their knowledge.

Was there any precedent before you, Mr Habsburg, became a member of the international advisory board, that there was Hungarian- French co-operation in a project that the HHP tried to carry out? Will there be a chance to co-operate like this in the future?

Georg Habsburg: I would say [yes] internationally and wouldn’t say only about one country. There are a lot of organisations in numerous countries, where projects could be carried out. There are many organisations in the USA, which we can co-operate with admirably. It is not like in Hungary, where the support comes from state funds. There you have different organisations, humanitarian organisations, that are mostly focused on aiding and helping the persecuted Christians. I know that there was a strong co-operation in the past, and certainly in the future.

When it comes to France and Germany: absolutely. There are humanitarian groups in every country; the more affluent countries possess more money and have more opportunities to help, compared to other countries. France has very good connections in Africa. This is a very important question with the French Foreign Affair as they follow the situation in Africa. In Africa, especially with Boko Haram, there are many problems in numerous locations; Christian persecution is very visible there. This could be a connecting point automatically, where the HHP could find a partner with France. Whether these would be state-owned or non-governmental humanitarian groups, I can’t tell, but we will see this in the future and see what can be done in Germany, France, or any other country.

How can the HHP help reverse the process of recent terror attacks in Europe, mitigate the deterioration of Christianity and its values, and the fact that people care about Christianity less and less?

Yes, I think that HHP is very good and should focus on matters and places where it can do things effectively. Right now, in the Middle- East, Africa and other places are where it can really help. There are also projects in Europe, but it’s active outside of Europe lately.

The other thing is that, yes, this kind of terrorism exists in a few countries. In some places, this is stronger, in other areas, not that much. Sadly, in England and France, this problem is more significant because it has to be understood that there was a huge colonial historical background in these countries. They have a different historical experience. When someone is in London or Paris, they will see a community, which is very strong, and it has a diverse cultural background.
Sadly, it is visible that there is greater tension; the international scene is a bit tenser, which can be seen in Africa and in the Middle- East. Unhappily, in these countries, the situation is the same because there is a bigger Arabian and North African community in France. This result imports more conflicts, and in the future, we will see that the French and English politics will work on it, what they should do, and how can they handle this type of terrorism.

How can Hungary and HHP or the State Secretariat show that despite the different historical background, the same is happening in these western countries –especially over the last five years, as is the situation in the Middle Eastern countries?

Georg Habsburg: There is a huge difference because in the East the Christians are living in a  diaspora situation, and are few in number, but they have a very deep cultural root there. They were at home, and sadly they want to make them outcasts, especially from the Middle- East.

However, we know that they were part of the history and culture and are still part of it today. That’s why we have to help them, and the HHP does this brilliantly. It helps them stay there to maintain their culture, keep their traditions and schools. The people can stay there, and they are not driven out from their countries, from their regions where they have been living for millennia. The situation is very different. The migration crisis happened in the last few years, but in Western Europe, it didn’t start just recently, it was before that. Especially in France, it can be seen that for the last fifty years —after the colonial period ended, many people arrived in France with their own culture, own lifestyle, and nowadays this causes a lot of trouble. However, I wouldn’t say that the situation is the same in Europe as in the Middle East —we are still far from that point.

Finally, Mr Hapsburg, I have one practical question regarding the HHP: What was, for you, the most important issue you were involved in, and that you were delighted that the HHP was able to resolve it, one that has made you proud?

I would highlight two things. The first is that of a complete village that has been rebuilt. At the time, I wasn’t involved with the HHP, but the fact that a whole village has been rebuilt, restored, so thousands of people, entire families could stay put.

I find this remarkable. This is a massive opportunity for those people: they don’t need to flee, they don’t have to go elsewhere, there is that village, which was destroyed in the war, Hungarians came, and they rebuilt the village, a complete village, this way not only one family, one man, one child got support, but the whole village has been saved. I’m also happy about; although I wasn’t able to take part, because the advisory board only meets twice a year, so I’m not involved in the daily work, but how fast our help came to Lebanon. What happened there, that was a huge catastrophe, there are a lot of Christians in Lebanon as well, and they needed help. If somebody saw the state of the city, what kind of nightmarish situation the city was in after the explosion, when such an explosion happened in a city centre, and how fast help arrived. That is a wonderful thing because if we can help swiftly. That is a good example for other organisations or other countries.