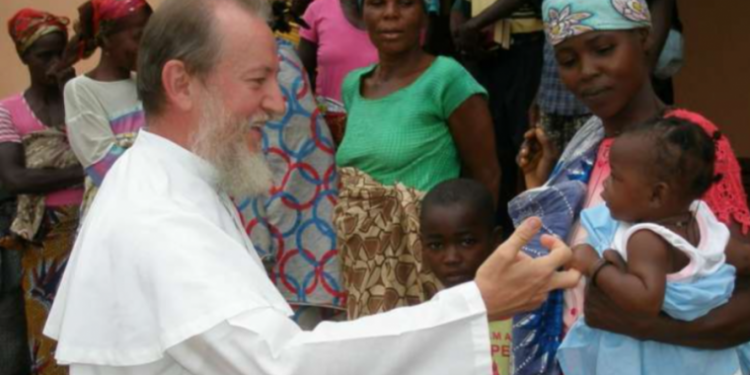 After two years of captivity, the 59-year old missionary was released in Mali. Some days after his release, he told Fides news agency about his captivity, and about how he stayed connected with God during the most difficult days.

Fr Maccalli is now in his home country, Italy where he talked about his captivity in an interview with Fides news agency. He told Fides that, two years ago, he was kidnapped in the middle of the night. He was wearing his pyjamas and slippers, and he had nothing with him. Every morning and evening, he prayed, and he also prayed the rosary that he had learnt from his grandmother. He highlighted that even though he was “viewed as nothing by these jihadist Muslim zealots who considered me an impure “kafir” condemned to hell”,  he lived “a time of great silence, of purification, of a return to the origins and the essential,” in his desert surroundings.

Although he did not have access to the Sacred Scriptures or the Eucharist, his relationship deepened with God, through his everyday prayers.

He was also asked if he had thought about dying, and if he was afraid of being executed. He answered that on one of the first days “I saw the sword of Damocles hanging threateningly over my head. But the more days and months passed, the less I feared a tragic end. We were precious goods for them and for this reason they always treated us well”.

When he was asked about his relationship with his kidnappers, he answered:

“I am still very sad about the fate of these young people indoctrinated by propaganda videos that they watched all day. They don’t know what they are doing! I hold no grudges towards my captors and prison guards, I prayed for them and continue to do so.”