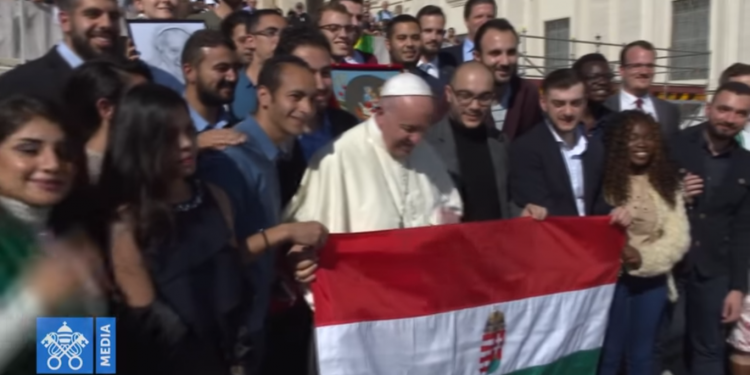 While there are everyday attacks on Christians in Western Europe, Hungary helps persecuted Christians in the Middle East and in Africa, The American Conservative reports.

In a recent article, The American Conservative reports about Christian persecution worldwide. It highlights that anti-Christian attacks have multiplied in  Western Europe, especially Germany and France. At the same time, the Hungarian Government not only ensures the safety of Christians in the country but also brings help to the persecuted communities in Africa and the Middle East.

On average, two Christian sites are attacked in a day in France

According to official police data, between July 2020 and July 2021, 4,169 incidents of theft, vandalism, assault, or burglary occurred at churches in the U.K. In England and Wales, 701 anti-Christian hate crimes were reported to the police between March 2021 and March 2022.

In Austria, 156 anti-religious hate crimes were directed against Christians in 2021.

In Germany, 109 attacks occurred with an anti-Christian bias, while 106 attacks on churches were documented in 2021, according to police numbers. Added together, one anti-Christian hate crime occurs almost every single day.

In France, state statistics show that Christians were targeted with 857 hate crimes, making them the most targeted religious group in the country.

This means that on average, two Christian sites (places of worship or cemeteries) are attacked every day, while one Christian individual is attacked roughly every 5.5 days.

The situation is so dire in France and Scotland that the government has had to implement budgets to improve the security of Christian sites; previously, this had only been the sad “privilege” of Jewish communities.

Most hate crimes documented by OIDAC were acts of vandalism or damage to property (76 per cent). Still, theft of sacred objects, desecration of religious symbols, threats, insults and arson are also prominently featured on the list. The most dangerous country in Europe for Christians was France, then followed by Germany and Italy. Other Western European countries such as the U.K., Spain, Austria, Belgium, Ireland and Switzerland are on the list.

The number of attacks usually rises around Christmas, when publicly displayed nativity scenes are an easy target for a night-time rampage. In cases where the perpetrator could be identified, OIDAC found that Satanists were the most likely culprits of such attacks, followed by Islamists, and finally, far-left, feminist, and LGBT groups. László Bernát Veszprémy shares this information in his The American Conservative article on the information of the 2022 OIDAC report.

However, at the end of the article, as a counterexample, he mentions the situation in Hungary, where, in 2017, the government launched the Hungary Helps Program, which focuses on supporting religious communities in need. The secretary of state, Tristan Azbej, is currently entrusted with assisting persecuted Christians worldwide.