The history behind the Feast of Epiphany 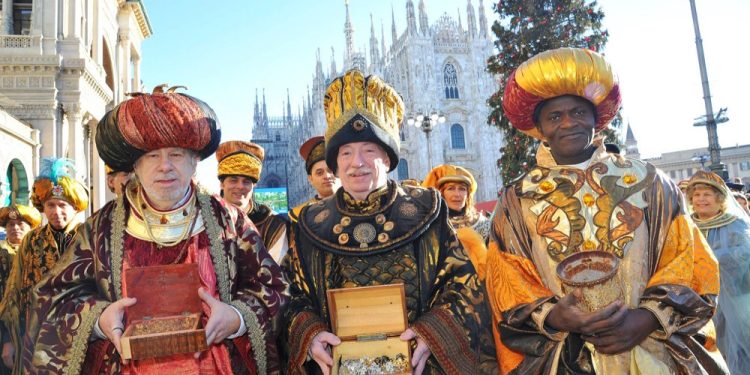 While the hustle and bustle of Christmas ends for many people on Dec. 26, throughout Christian history Christmas lasts for twelve days – all the way until Jan. 6.

This feast marking the end of Christmas is called “Epiphany.”

In the Latin Rite of the Catholic Church, Epiphany celebrates the revelation that Jesus was the Son of God. It focuses primarily on this revelation to the Three Wise Men, but also in his baptism in the Jordan and at the wedding at Cana.

In the Eastern rites of the Catholic Church, Theophany – as Epiphany is known in the East – commemorates the manifestation of Jesus’ divinity at his Baptism in the River Jordan.

However, the meaning of the feast goes deeper than just the bringing of presents or the end of Christmas, says Fr. Hezekias Carnazzo, a Melkite Catholic priest and founding executive director of the Virginia-based Institute of Catholic Culture.

“Our human nature is blinded because of sin and we’re unable to see as God sees,” he told CNA. “God reveals to us the revelation of what’s going on.”

“The Feast of Epiphany, or the Feast of Theophany, is a very, very early feast,” said Fr. Carnazzo. “It predates the celebration of Christmas on the 25th.”

In the early Church, Christians, particularly those in the East, celebrated the advent of Christ on Jan. 6 by commemorating Nativity, Visitation of the Magi, Baptism of Christ and the Wedding of Cana all in one feast of the Epiphany.

By the fourth century, both Christmas and Epiphany had been set as separate feasts in some dioceses. At the Council of Tours in 567, the Church set both Christmas day and Epiphany as feast days on the Dec. 25 and Jan. 6, respectively, and named the twelve days between the feasts as the Christmas season.

Over time, the Western Church separated the remaining feasts into their own celebrations, leaving the celebration of the Epiphany to commemorate primarily the Visitation of the Magi to see the newborn Christ on Jan. 6. Meanwhile, the Eastern Churches’ celebration of Theophany celebrates Christ’s baptism and is one of the holiest feast days of the liturgical calendar.