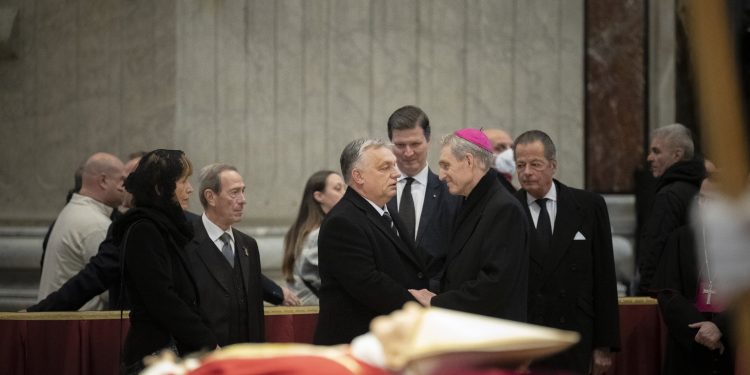 Hungarian politicians travelled to Rome to pay their last respects to former Pope Benedict XVI, who passed away last Saturday. Among them were the Prime Minister Viktor Orbán and Tristan Azbej, State Secretary for the Aid of Persecuted Christians and the Hungary Helps Program.

Prime Minister Viktor Orbán travelled to the Vatican with his wife on Tuesday and paid their last respects to former Pope Benedict XVI, who died on the 31st of December. Hungary’s Protestant Prime Minister prayed for the soul of pope Emeritus and the mourning Catholic Church.

State Secretary Tristan Azbej shared a Facebook post about his visit to the catafalque of Benedict XVI. He represented the foreign ministry of Hungary. In his post, he praises the former pope, writing:

“His life and devoted service to his beloved church is an example to all of us.”

On Thursday, President Novák Katalin will attend the funeral of Benedict in Vatican City. The former pope will be buried in the crypt under St. Peter’s Basilica on Thursday, the 5th of January.

You can follow the funeral live on EWTN here.