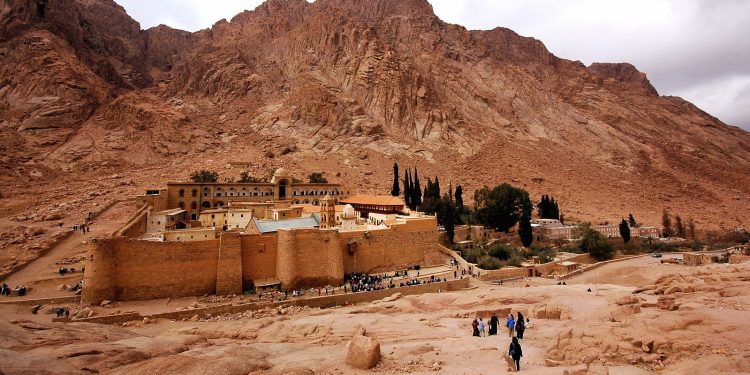 Khaled El-Enany, the Egyptian Minister of Antiquities, announced the discovery of a rare manuscript featuring medical texts written by Hippocrates, the famous Greek physician, dated in the fifth or sixth century.

The manuscript was found at the oldest continuously operating library in the world, that of Saint Catherine Monastery in southern Sinai.

The Minister also said that it was discovered by monks, during some restoration works at the monastery’s library.

The library contains around 6.000 manuscripts written in Arabic, Ethiopian, Coptic, Armenian, Syriac and, of course, Greek. Some of them date back to the fourth century.

Since its foundation in the sixth century, between 548 and 565, the library of St. Catherine at Mount Sinai has never closed its doors.

Built during the reign of Justinian I, the building was originally sponsored by the mother of Constantine the Great, Empress Helena.

Its walls are still home to ancient Roman scrolls dating back to the days when the monastery itself was founded, which makes

Saint Catherine’s the second largest collection of codices and manuscripts in the world, right after the Vatican Library in Rome.

In fact, from this monastery comes the famous Codex Sinaiticus, the biblical text dated to the year 345.