Three people were killed by ADF in the DRC 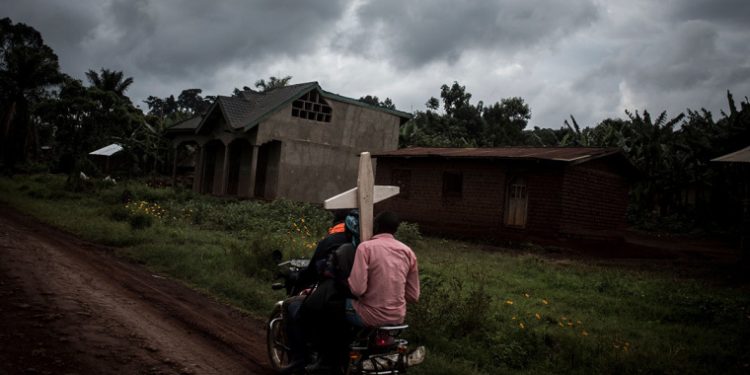 Allied Democratic Forces (ADF) terrorists killed three people, including a one-month-old baby, early morning on Nov. 9. The Islamic militia looted and burned a hospital along with several other shops and lit several vehicles on fire.

“We remained in prayer after learning that an attack was happening, and we hoped that God would prevent them from continuing with their evil mission,” said a local pastor in Kabasha. “In the morning, we assessed the damage caused and rescued anyone who needed medical care. Smoke was still coming out of the houses, shops, and vehicles, but we could not salvage anything.”

He continued, “Three people were found dead, and several others were missing. A doctor and two guards at the health center are still missing. We suspect that all these missing people have been abducted.”

The Kabasha attack comes 20 days after Maboya, a center located 13 kilometers away, was attacked similarly, leaving a Catholic nun and nurse dead. At the same time, the Congolese army has been fighting back the M23 fighters who have occupied the Rutshuru territory in North Kivu.