Testimonies of abduction survivors in Nigeria 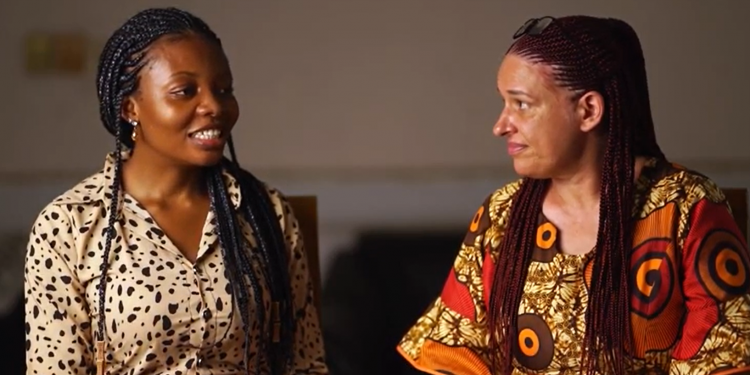 In Nigeria, innocent people are being kidnapped daily. We are no longer surprised when we read about an abduction or a murder in Nigeria. However, these people have to bear a life-lasting trauma. Dr Réka Fodor, the Africa International Humanitarian Foundation founder, organises aid relief missions in the most underdeveloped and disaster-struck areas. Her work is also supported by the State Secretariat for the Aid of Persecuted Christians and for the Hungary Helps Program.

In her new video, Dr Réka Fodor talks with two victims who have recently been kidnapped and released by terrorists in Nigeria. The video aims to bring people’s attention to this phenomenon, which is present in Nigeria and thus avoid more kidnappings in the future.

The first witness was a young woman who had been kidnapped late on the night of the 15th of May. She was going home by car with a friend when a group of armed men stopped them. The men started to shoot in the air, following which the other people on the road ran away. The terrorists ordered the girl and her friend to leave the car and lie on the ground. They had their eyes covered with handkerchiefs and were then told to get back into the car, where they were then transferred to a forest. There they were obliged to remain seated and wait for further instructions.

The terrorists forced them to surrender their wallets and phones. They also asked for the passwords to their bank accounts and proceeded to transfer all the money to their own accounts.

The girl told Dr Réka that her friend had more bank accounts, and – because of the stress – he confused the passwords to the accounts. The terrorists failed to gain access to the funds and shot the man in the leg.

As her eyes were still covered with a handkerchief, for a long time, the girl did not know whether her friend was shot dead or not.

After the kidnappers seized their valuable belongings, they had to get back into the car. During the journey, the kidnappers talked about how they would kill their hostages and get rid of their bodies. Finally, the car stopped, and they were thrown out in the middle of nowhere. They had been kidnapped at 10 PM, and it wasn’t until 5 AM that they finally got help. The man was transferred to the hospital, where he had his toes amputated.

The girl was not injured seriously, but after the incident, she suffered from insomnia for a long time.

The other victim was a Christian priest who had been kidnapped on the 20th of May. He was abducted by four armed men at around 7 PM while going home from a hospital visit. He managed to escape thanks to an argument between the abductors.

After stealing all of his belongings, including his car, two of the armed men wanted to get rid of the priest by killing him. However, the other two men did not want to kill a servant of God. Finally, they let him go.

Réka Fodor thanked both of them for their strength and courage in talking about these traumatic incidents, because, according to her, it is important to let the people know what is going on in Nigeria.

Along with Réka Fodor, the Hungarian government is also committed to helping people in Nigeria. In the last few years, Hungary supported the country with numerous projects within the framework of the Hungary Helps Program, by funding the renovation and improvement of schools and hospitals in the area.

Recently, in June, the Hungarian government offered 10 million forints (25,500 euros) in emergency aid to help the Catholic community, which was targeted by terrorists during a Pentecost Sunday service in northwestern Nigeria where dozens of faithful were murdered

The Hungarian government’s policies bring aid to the places in need, thus avoiding mass migration in Europe and other western countries. This approach helps those that suffer persecution, predominantly Christian communities, to stay in their home country.