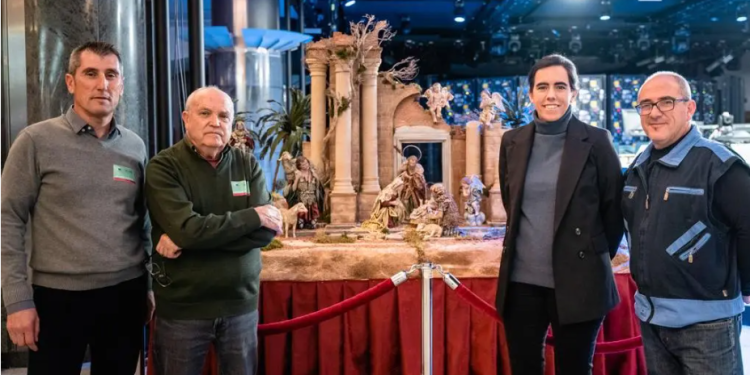 Christmas this year marks the first time in its history that the European Parliament has allowed a Nativity scene to be set up at its headquarters in Brussels. Until now, officials of the European institution had considered it “potentially offensive.”

The efforts of Isabel Benjumea, a member of the EU’s House of Representatives from Spain, were key to finally having a Nativity scene on display at the institution.

When she was elected in 2019, Benjumea tried her first year in office to prepare the groundwork for a gift of a Nativity scene to the parliament that would be exhibited during Christmas. However, she ran into European bureaucracy and deadlines.

The following year she began to take the necessary steps. The response could not have been more disheartening.

A Nativity scene could not be installed, she was informed by the office of the President of Parliament because it was “potentially offensive” to nonbelievers.

“This had become a kind of crusade because it seemed unacceptable to me to ignore the Christian roots of Europe,” the parliamentarian told the Spanish newspaper ABC.

Finally, this year the effort had the support of the Maltese president of the European Parliament, Roberta Metsola. However, the Nativity scene has only been “authorized as a special exhibition,” which may or may not be renewed in the future.

The Nativity scene on display in the European Parliament is from Murcia, a region in southeastern Spain with a great tradition of Nativity scenes and imagery.