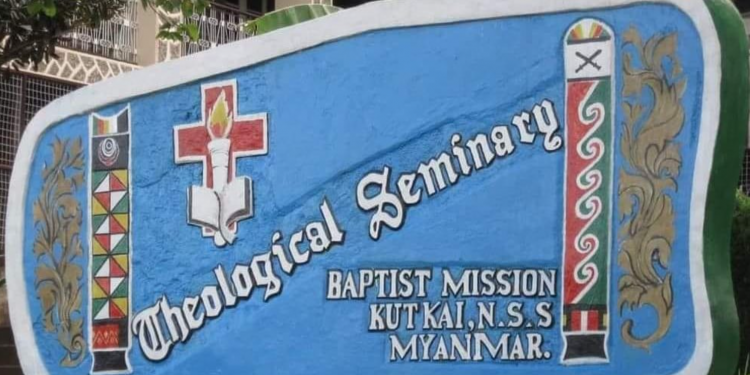 A Baptist seminary in northern Myanmar was attacked by the Tatmadaw (Burmese Army) on Thursday, injuring four men in the dormitory.

The Tatmadaw launched three attacks on the Theological Seminary in Kutkai, Shan State. The school was founded by the Kachin Baptist Convention. There was no active fighting between junta forces and local ethnic armed groups at the time.

A Facebook video shared by Marip La Hkwang, an ethnic Kachin Christian, showed damage caused by the shelling. Visible holes and dents could be seen on the windows, walls, and student clothing. Another video showed an injured student being escorted out for medical treatment. One local resident said that this kind of attack by the military threatens the Christian Bible School and the entire Kachin nation.