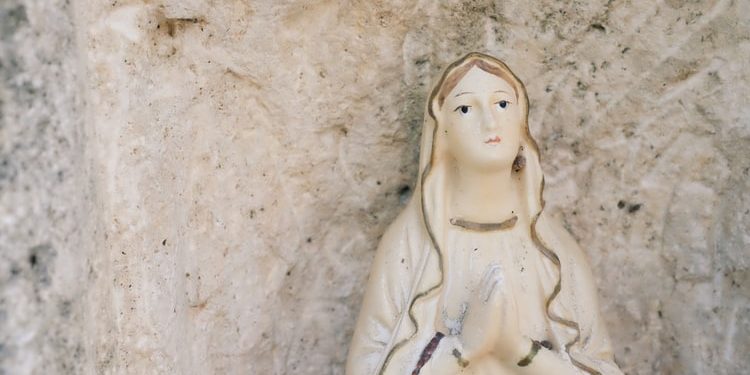 A 37-year-old man was charged on Wednesday with multiple crimes after his arrest Monday at a Catholic church where the pastor videotaped him smashing the statue of Mary with a car jack.

The incident began at about 1:30 p.m. on Oct. 3 at the church, which is located at 46-02 Parsons Blvd. in Flushing. Father Jose Diaz, the pastor, said Wednesday that he heard a loud noise and ran outside to investigate.

At first, he thought it was an accident, but a man in a white SUV drove over the church sign, backed up, and did it again. Seeing the priest, he pointed the vehicle at him and accelerated.

Father Diaz said he escaped injury by charging up the church’s front steps. He videotaped the incident with his phone until police arrived 20 minutes later.

The pastor’s video shows a man — who had exited the SUV — dropping his pants and squatting over the demolished church sign.