Anar and LGBT tags on the Saint Patrice church in Rouen, France 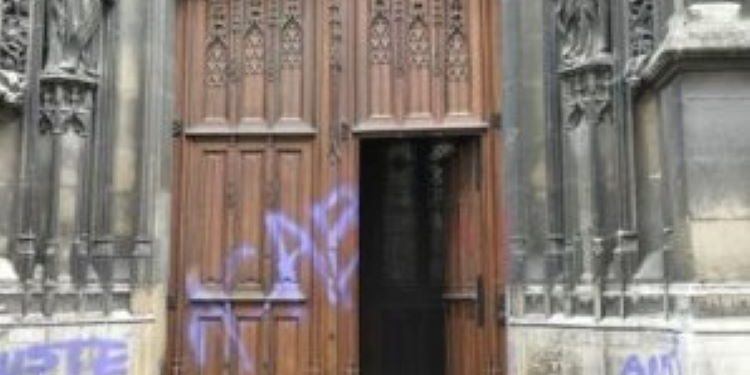 On the night of August 13 to 14, anarchist tags (A circled, ACAB) and LGBT in inclusive writing were made with several tag bombs on the west and south facades of the Saint Patrice church in Rouen.

The Saint Patrice church is an early 16th-century church known for its stained glass windows – including three from the very beginning of the century, predating this church, entrusted to the Tridentine Rite Community (ICRSP).

“ We hope it’s stupidity,” reacts Michel, a faithful in Paris-Normandy. It hurts us. The church for a Christian is the house of God. Those who did this send a signal of hatred against God”,  he confided.