From child soldier to Catholic priest: Sudanese man returns to help out in the land where he was kidnapped 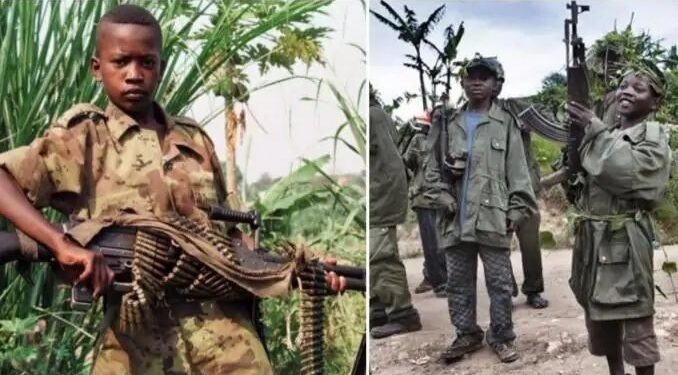 After his seven-year-long study period in Rome, Father Charles Mbikoyo told EWTN that he would go back to the land where he was kidnapped to "bring hope to the hopeless". He began his studies for the priesthood in the seminary in South Sudan at the age of twelve.

“We heard a cold voice, which ordered us to go out.” Father Mbikoyo recalls the circumstances of their kidnapping from the seminary. As they refused to leave, the terrorist threatened that if they do not leave the building, they would destroy it.

On that day, forty students were kidnapped, along with the rector of the school. For the next four months, the children participated in intensive military training.

“We had to learn how to dodge the bullets. How to shoot. The teaching was: the weapon is our father. That is good for everything. Whatever we want to get, just take our weapon.”

He also said that he and his schoolmates gave up any hope that they would ever go home or get back to the seminary and become Catholic priests.

The rector of the seminary was allowed to go home, but refused as he wanted to stay with the boys. This  gave them hope.

“The words of the rector gave me hope. They made me understand that there is a God who protects us”, recalled Mbikoyoa.  He explained how they escaped with three of their schoolmates after their months in captivity. This adventure took them across two rivers that were full of dangerous animals.

“When we escaped, we went to a town, called Yei”. It was there that they rejoined the seminary, but the terrorists showed up again.

“We had been studying there for a month when we started hearing news about the rebels coming to capture Yei”, he said. The seminarians were afraid that they would immediately kill them or take them to fight on the frontline if the rebels should find them.

The Red Cross helped them escape, and the seminary moved to Nzara. At that time, Mbikoyo left the country. First, he went to the Central African Republic, then to Uganda to continue his studies.

Father Mbikoyo, who started his studies at the seminary in 1988, was ordained a priest in 2007.

After spending many years away from his country, he returned home. “My country is troubled, and everybody is traumatised. As a priest, when I return. my role will be to bring hope to those who have lost it”.

He also hopes that he could help with the rehabilitation of children who were kidnapped by soldiers.